When is the best time to Desex?

The decision to de-sex is one of the most significant aspects of pet care an owner can provide. De-sexing is a surgical procedure performed by a registered veterinarian to sterilise male and female dogs. After this procedure is performed the animal will no longer have a season or fall pregnant. This is permanent and the procedure cannot be reversed. De-sexing is ideally performed while the dog is still a puppy and if female, prior to their first heat cycle.

When a female dog (bitch) is de-sexed it is referred to as spaying and involves the removal of the uterus and ovaries. Despite being considered a routine surgery for veterinarians, it is a major surgery and usually requires hospitalisation.

De-sexing of a male dog is referred to as castration.  It is a shorter operation that involves the surgical removal of the testicles. Unless you breed pedigree pets professionally, it is a responsible act of pet ownership to have your puppy de-sexed.

Advantages of desexing female dogs
De-sexing female dogs reduces unwanted pregnancies that result in thousands of unwanted dogs and puppies are put to sleep in shelters. It also stops male dogs roaming the streets looking for a bitch on heat as the females will no longer cycle and no longer have messy bleeding.  Female dogs are less aggressive and more manageable with regards to training and temperament and be more affectionate, playful and relaxed.

The advantages of desexing male dogs
Castrating a male is equally important as spaying a female to prevent unwanted pregnancies.  Castration reduces the aggressive impulses of males who tend to mark their territory with urine, roam long distances looking for females in season and are more likely to be injured from fighting and road traffic accidents.

De-sexing the male reduces the risk of testicular cancer, and the dog is less likely to suffer complications associated with the prostate, including cancer, infections or enlargement and hernias associated with testosterone.

Before and after the operation
Your vet can help with your decision to de-sex your dog and will be able to guide you and show you how to prepare your pet for the surgery, for example, how long to withhold food before the procedure.

After the operation you will need to confine them to the house for a few days, to allow the incision to heal. Keep your dog quiet and prevent any physical activity such as jumping or play fighting that may cause the wound to breakdown. Often vets will provide you with an Elizabethan ‘E’ collar, to prevent them from licking or biting at the stitches. Excessive activity can lead to swelling or fluid accumulation under the incision.

Your vet will discuss post-operative care including pain relief and check-up should be made 7-10 days after the operation to monitor their recovery.

Complications
Complications are not common, however can include the pet pulling the sutures out, swelling and inflammation around the incision and pain. Desexing female dogs is considered a major surgery as the abdomen is opened and has a higher risk of haemorrhage in comparison to male procedure. All animals are anaesthetised for the operation and this has its own inherent risks. All of which your local vets can discuss with you prior to the operation.

Deciding whether or not to desex your puppy can be a difficult decision. Desexing your dog can help to prevent the increasing number of unwanted dogs put down every year in Australia.

Weight gain
Some people are reluctant to de-sex their dogs because they think it causes weight gain. Desexing male and female dogs does not directly cause them to gain weight and will not normally affect their activity levels. If your dog does gain weight after the operation, simply reduce the amount of food in each meal and increase activity levels. 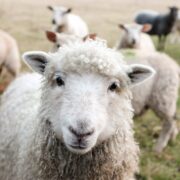 Market Morsel Article courtesy of MARKET MORSEL | BY MATT DALGEISH , TEM For more than a decade the growing middle class…